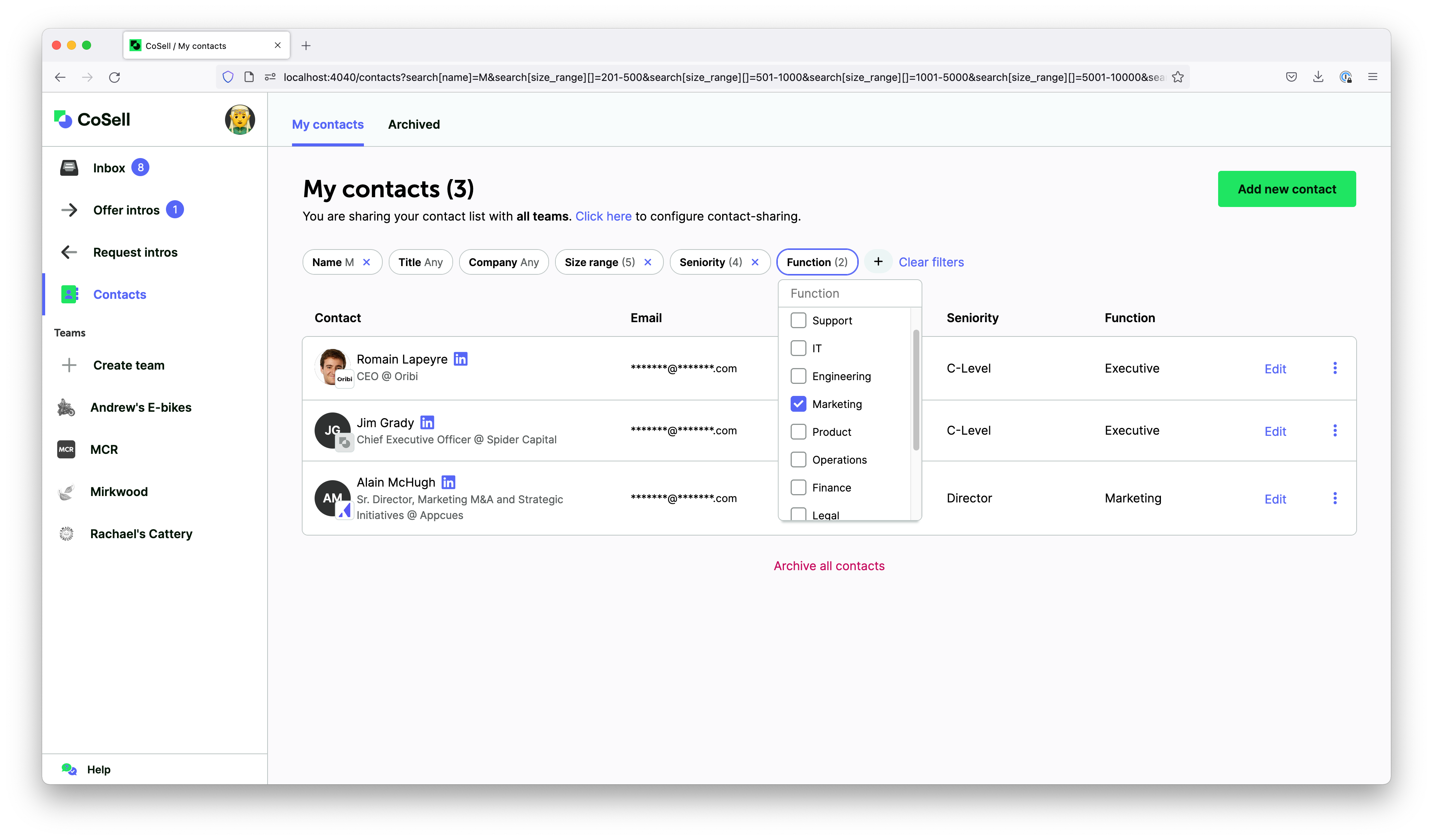 Previously, our search filters were a bit unwieldy to use: in order to adjust the filters for your contact list, you'd have to toggle between the search panel and the table to see changes.

Now, we've introduced on-page filters that let you customize your search without leaving the context of your contact list.

We've taken steps to give you more control over your intros-in-progress, since things can change between the time you first reach out and when the intro actually gets made.